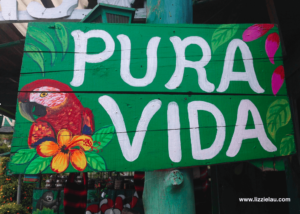 “Pure Life” – this popular Costa Rica greeting says it all about the allure of this amazing country. Located in the center of the American Continent with coasts on both the Pacific and the Caribbean, Costa Rica is a peaceful land of spectacular, diverse beauty. No other destination offers such an immense variety of tropical beaches, natural wonders, climates, culture and grand adventures.

A Treasure Trove of Beaches

Meaning “rich coast” in Spanish, Costa Rica is aptly named for its wealth of incredible beaches spread along its expansive coastline. From sheltered coves where only a sliver of white crescent separates the lush rainforest from the sea, to sweeping expanses lathered by surf and laced with swaying palms, the shoreline sparkles in varying shades of white, gold and silver according to the level of volcanic activity affecting the region. Troops of howler monkey and flocks of parrots dwell in the emerald forests that adorn the sand. All are uncrowded and unspoiled and impart a tropical exuberance to appeal to every beach lover’s fantasy. 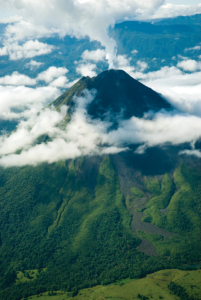 Costa Rica’s volcanoes provide vivid testament to the awesome power contained within the earth’s mantle.  National parks located throughout the Central Valley protect the region’s primary volcanoes including Poás, Braulio Carrillo, Irazú and Turrialba, all of which have transport and viewing infrastructure allowing visitors to enjoy the bubbling craters, lush forests and incredible vistas. In the Northern Plains, the Arenal Volcano is the main attraction. Active, nature-loving visitors enjoy the many exciting activities concentrated around the area’s rich environment of volcanic hot springs, placid lake and scenic rivers, rainforests and waterfalls.

Come with Elegant Adventures and experience Pura Vida for yourself in the Rich Coast – Costa Rica! 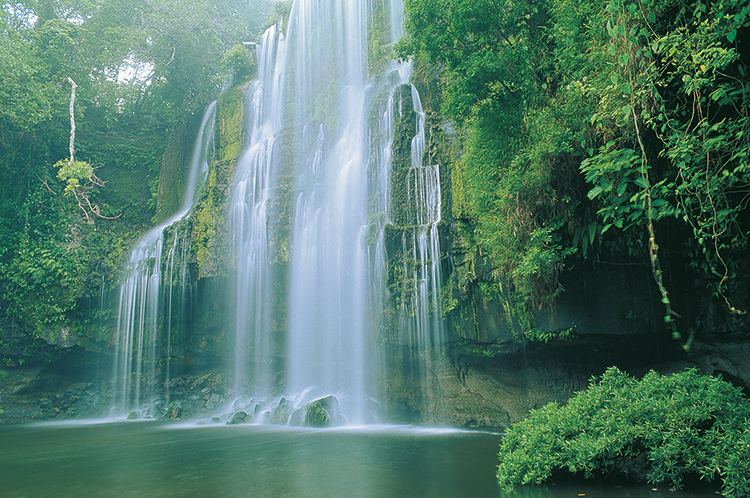 In the foothills and lowlands on both sides of the country, Costa Rica’s rainforests harbor thousands of known life forms and countless more yet to be discovered. Strewn throughout the Central Highlands, the cloud forests on the mountains’ upper slopes are frequently draped in mist and clouds. Take a walk through the dark, cool forest interiors and step back in time to an other-worldly stillness where modern day stresses fade into insignificance. 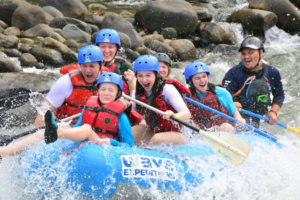 Majestic volcanoes, Pacific and Caribbean beaches, rushing tropical rivers, waterfalls, rain forests and a spectacle of wildlife create an exhilarating background for adventures of all kinds. Sensational activities such as ziplining, whitewater rafting, horseback riding, snorkeling, hiking, kayaking, sport fishing, surfing, and so much more beckon. It’s no wonder that, for some, the biggest challenge is choosing what to do first!

Costa Rica extends majestically from the Pacific Ocean to the Caribbean Sea, and its distance is barely 200 miles.

With a total of 5,921 sq. miles and more than 400 miles of coast line, the Guanacaste tourism area comprises the Pacific Coast area from the border of Nicaragua to the Bongo River estuary in the Nicoya Peninsula. This tourism area is home to a very important section of Costa Rica’s cultural and natural heritage.

The 33-square-kilometer Arenal Volcano, located 7 kilometers from La Fortuna, has been active since July 29, 1968. It has two different landscapes: one covered with lush vegetation that houses a variety of wildlife, and another rugged area of lava flow and sand as a result of constant eruptions.

Standing in the center of the country surrounded by green mountains, lush coffee plantations and delightful villages, San José is Costa Rica’s bustling metropolitan capital and provides the main focal point for cultural and social life. The city’s attractions include the Jade Museum with ancient artifacts and carvings and the Gold Museum which houses one of the largest and finest collections in the world. The National Museum contains exquisite examples of pre-Columbian craftsmanship. The beautiful, renaissance-style National Theatre offers art exhibits and performances of dance, opera and the National Symphony 320 days a year.

In the fresh air and forested green of the Central Zone countryside are captivating cloud forests featuring hummingbirds, butterflies and the legendary quetzal. Experience orchids, bromeliads and ferns thriving in the mosses and lichens.

Located between the Pacific Ocean and a tropical rainforest, the Caribbean Zone offers an abundant array of vegetation and wildlife. Much of this region consists of a vast, steamy lowland laced with rivers and blanketed with rainforests and banana plantations.

Considered one of the most popular tourist destinations in Costa Rica, the Central Pacific region is just a short distance from the San Jose airport, making it also one of the most accessible. Despite being so close to San Jose, this area is like finding a treasure in one’s pocket. It is a beautiful oasis with an castaway’s feeling of luxurious isolation thanks to its beautiful beaches (known for its surfing activities and views of migrating whales and dolphins) sports fishing, ample sunbathing, and rich tropical forest (both wet and dry). 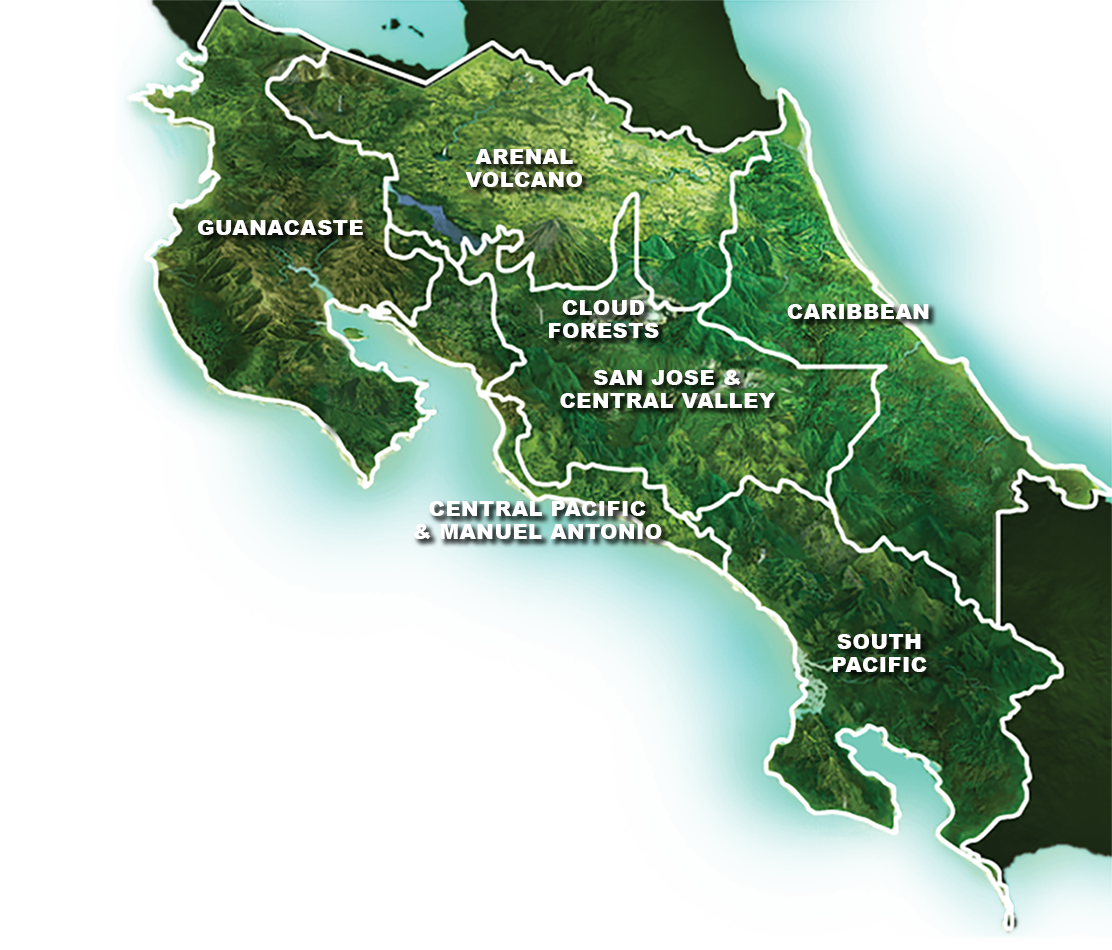 Renowned as the ultimate eco-adventure destination, Costa Rica offers a multitude of rich, once-in-a-lifetime experiences. With so much to see and do, your biggest challenge will be choosing. But we have some ideas for you! 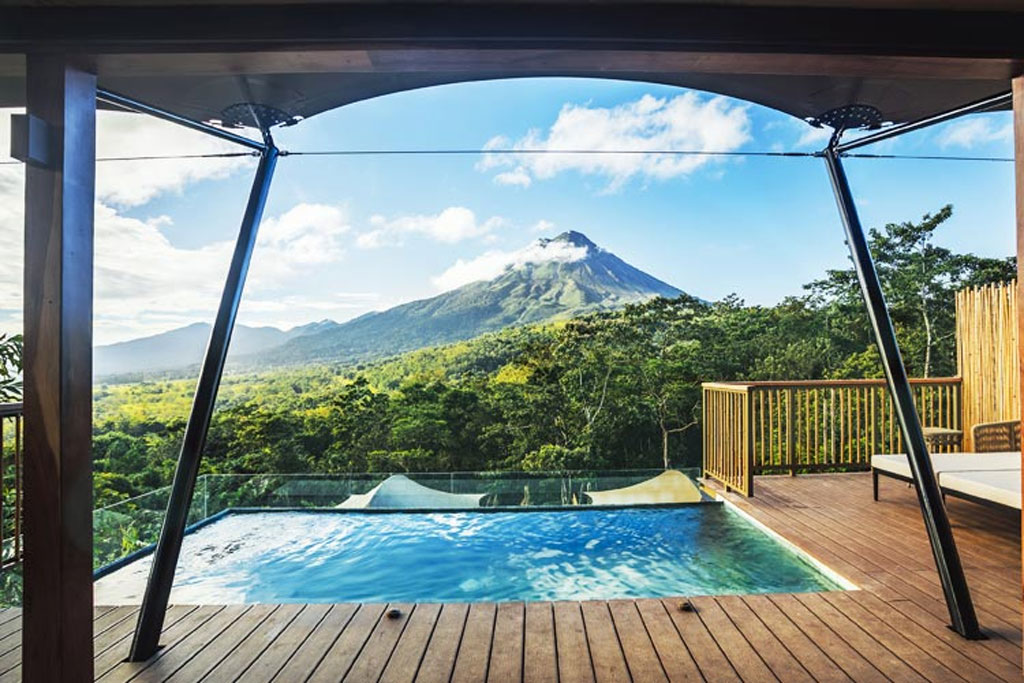 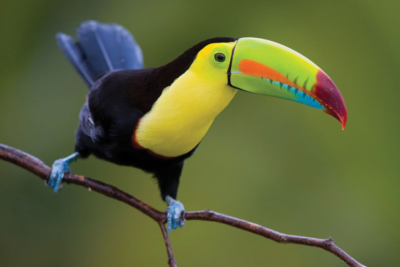 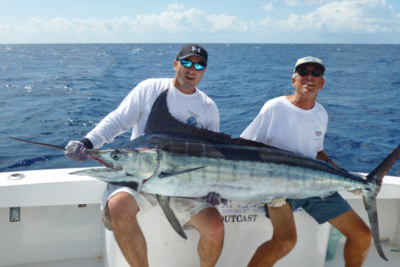 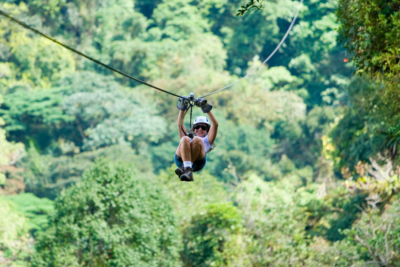 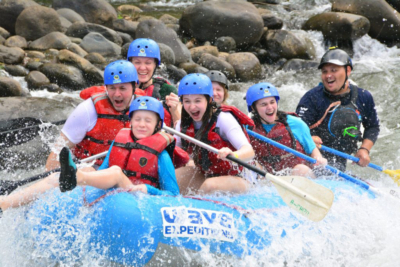 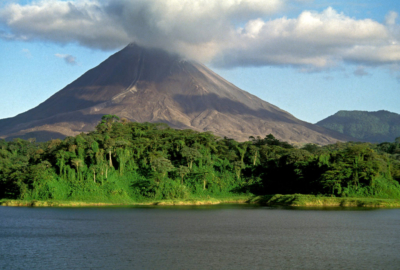 SO MANY GREAT LOCATIONS & AMENITIES, IT’S HARD TO CHOOSE 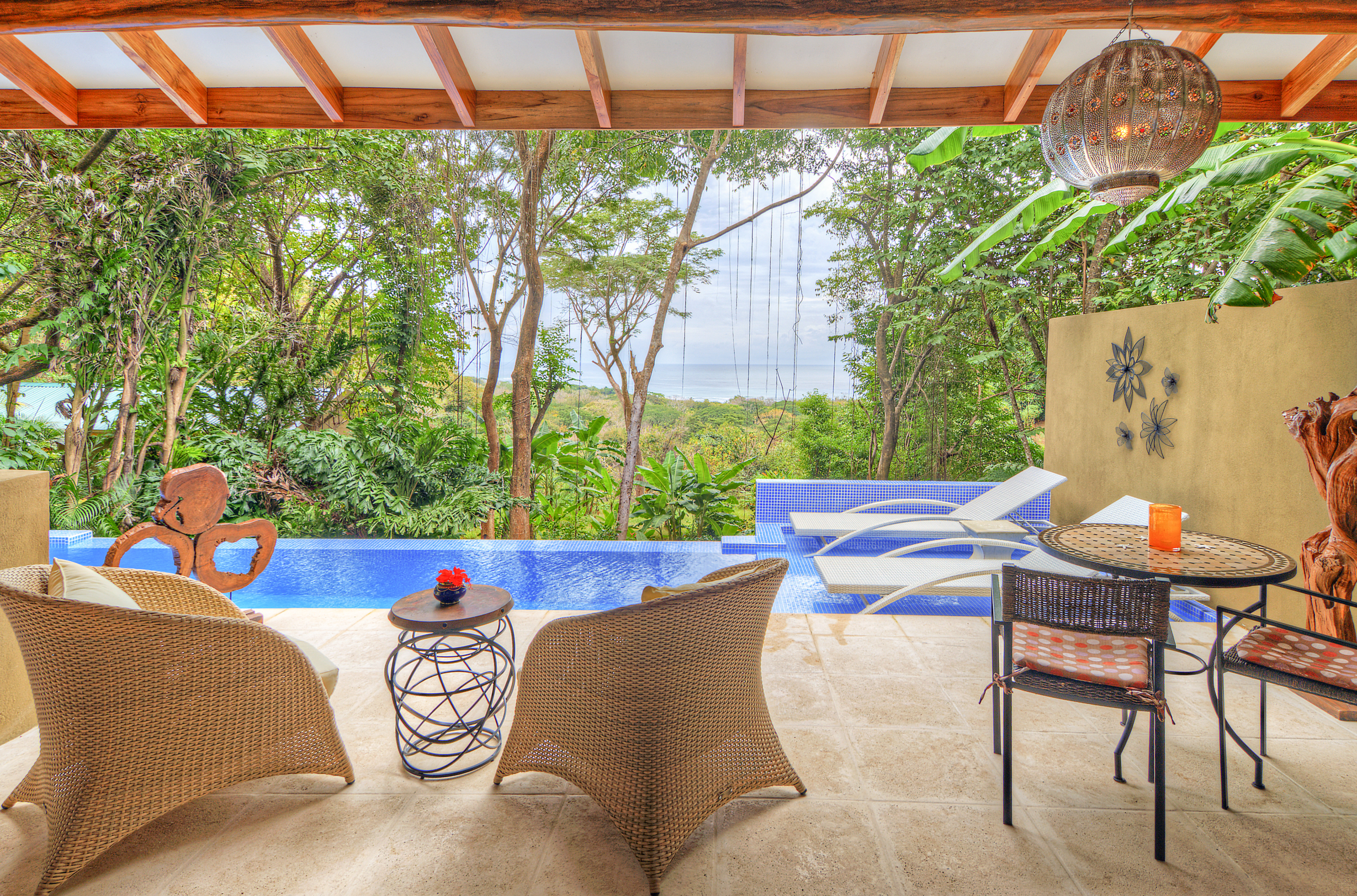 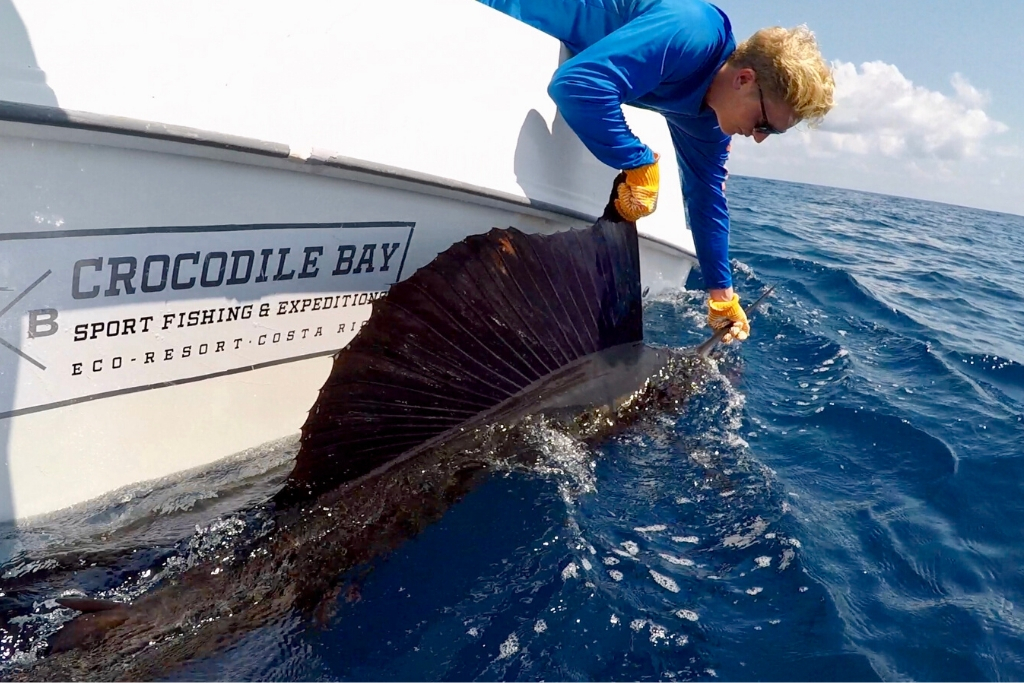 Things to Know Before You Go

Costa Rica enjoys a year round spring-like climate, but with 12 different climactic zones there is considerable regional variation in rainfall and temperature. The coastal regions are hot and humid, averaging between the mid 70’s to low 90’s in temperature where lightweight, loose fitting clothing and strong sunscreen is recommended. In San José and the Central Valley temperatures range between the low 60’s to the low 70’s, cooler in the mountain regions. Here, long pants and a sweater or light wrap may come in handy, particularly in the evenings. The rainy or “Green Season,” is from May to November, although the mornings are usually clear and sunny. A disposable rain poncho will get you through. Rains generally diminish in July through the beginning of August.

The official currency of Costa Rica is the colon, but U.S. dollars are widely accepted. U.S. dollars and travelers checks can be exchanged in banks and in most hotels. It is illegal to exchange money anywhere else. Major credit cards and traveler’s checks are accepted throughout the country. ATMs are becoming more widely available in the major tourist areas. Most independent guides will require cash for tours you arrange yourself locally.

The standard in Costa Rica is the same as in the United States: 110 volts AC (60 cycles).

U.S. citizens need a passport, valid for at least six months beyond their intended stay, and a round trip or continuing ticket.

Bothersome insects are generally not considered to be any more of a problem in Costa Rica than they are in the U.S. and Canada. Common sense precautions are recommended, however, especially when visiting dense rain forests, the high altitudes, beach areas or when walking at dusk. Insect repellent is highly recommended.

No vaccinations are required for travel to Costa Rica and most communicable diseases have been eradicated, but some authorities advise preventative measures when traveling to remote regions and for patients with particular health problems. Consult your doctor. For the latest health information visit the Centers for Disease Control’s web site at www.cdc.gov.

The official language is Spanish, though many Ticos (native Costa Ricans) speak English.

Reliable doctors, clinics, hospitals and pharmacies are available, but may be limited outside urban areas. Immediate cash payment is usually expected for health services. The Medicare/Medicaid program does not provide for payment of medical services outside the United States and medical insurance is not always valid outside the United States. Supplemental medical insurance with specific overseas coverage, including medical evacuation, is recommended. Pharmacists are authorized to dispense drugs of a U.S. level of quality without a prescription. 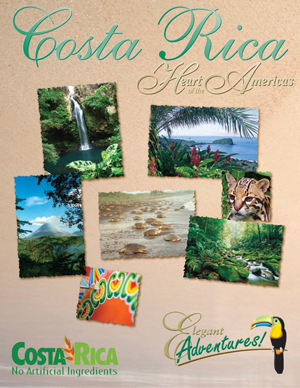