The southeastern coastal frontier is one of the loveliest areas of Belize, offering miles of pristine palm-studded beach framed by the majestic Maya Mountains and the emerald citrus plantations of the Stann Creek Valley. 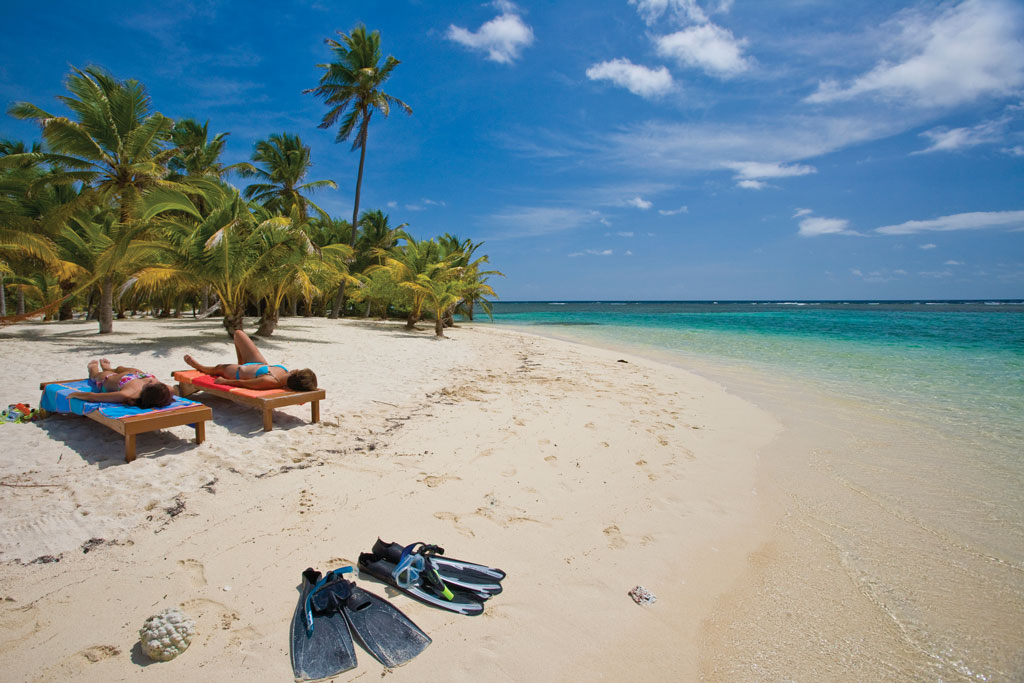 In the foothills lies the Cockscomb Basin Wildlife Sanctuary, this hemisphere’s only protected area for the mighty jaguar and home to numerous species of birds and animals. The estuarine/forest communities of the Monkey and Sittee Rivers teem with diverse flora and fauna. Numerous picturesque islands are strewn along the southern reaches of the barrier reef where the last bastions of unspoiled underwater wilderness are protected in fertile marine reserves. 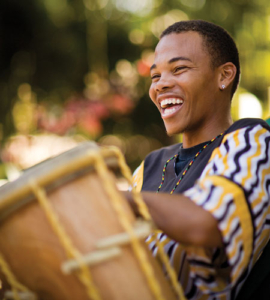 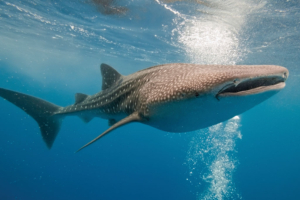 This 16-mile peninsula of white sand, bordered by calm lagoons on the west and the blue Caribbean on the east, hosts the picturesque “Barefoot Perfect” seaside village of Placencia. Novice to experienced divers thrill in the countless world-class sites only a short boat ride away, and serious adventure seekers will not want to miss diving with the mammoth whale sharks during the season. Anglers can pursue the next big catch, and numerous nearby islands make for the perfect day trip to snorkel and beach comb. Many of Belize’s most pristine waterfalls, rivers, jungles and Maya sites are easily accessible for exploring.

The southern barrier reef is dotted with numerous idyllic sun-drenched islands, or “cayes,” and abundant marine life flourishes here in protected habitats. Only 10 miles off the coast of Dangriga, the South Water Caye Marine Reserve is the country’s largest protected area. Snorkel off pristine beaches atop lush coral reefs among a kaleidoscope of fish, or dive the exacting vertical drop off with large sea turtles and eagle rays for company. 17 miles east of Placencia is the Gladden Spit and Silk Cayes Marine Reserve – the best place to encounter the elusive and docile whale shark. Snapper, grouper and other varieties congregate here to spawn each year, attracting these amazing creatures. 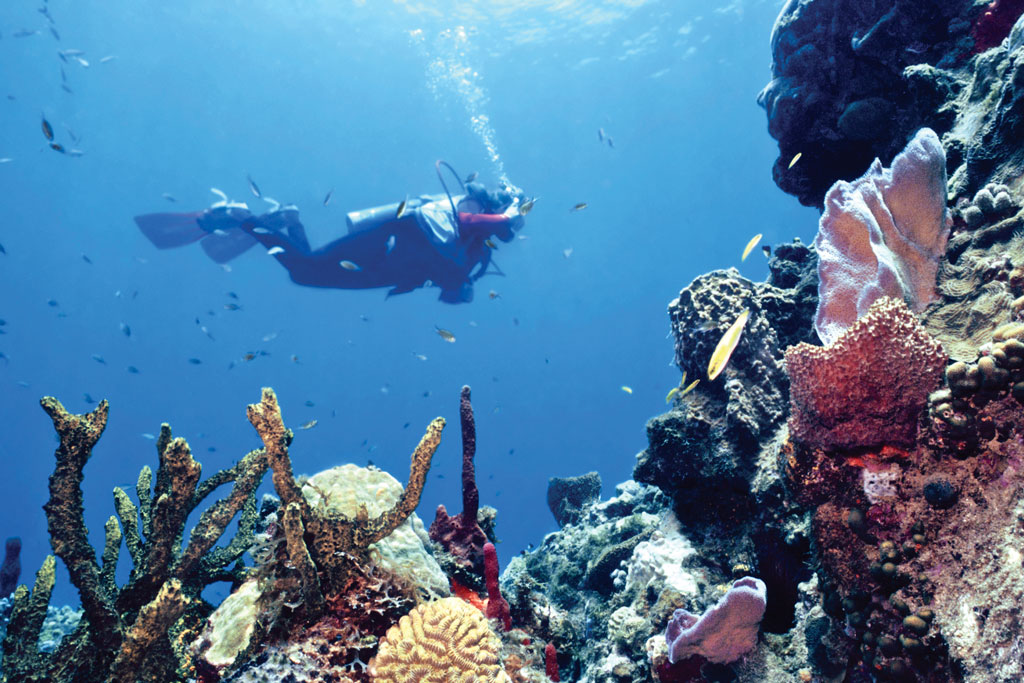 The southern barrier reef is an immaculately unspoiled diver’s paradise. Dive the inner reef at Laughing Bird Caye, a National Park and World Heritage Site, ideal for novice to experienced divers. For the more daring, the outer reefs provide acres of exquisite terrain. Southwater Caye Marine Reserve is a diving dream of patch reef, sheer walls, and sites like the “Drop Off,” a stunning ridge running the entire length of the park. Drift dive spectacular walls at Glover’s Reef Atoll and glide through canyons, pinnacles, and overhangs festooned with vivid corals and sponges with giant turtles and spotted eagle rays at Silk Caye, Pompion Caye and Ranguna Caye. The ultimate adrenaline dive is during the full moons from March-June when the “gentle giant” whale sharks come to feast on the spawning fish in the Gladden Spit and Silk Cayes Marine Reserve. 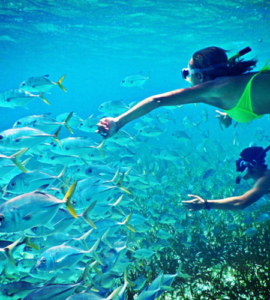 The opportunities for snorkeling in pristine Southern Belize are abundant, offering a wealth of interesting marine habitats to explore. Hatchet Caye, Tobacco Caye and Southwater Caye sit right atop the reef where you can enjoy hours of snorkeling without ever having to get too far from a cold beverage. 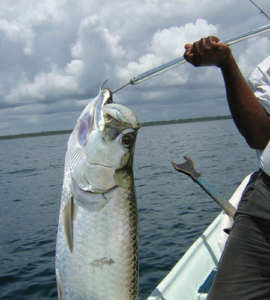 Stann Creek is a fisherman’s fantasy with both ocean and river fishing that is hard to beat. The estuaries and river mouths of the coastline are full of tarpon and snook while the lagoons and flats offer up bonefish, permit, and barracuda. The outer reefs are known for their king mackerel, kingfish, grouper and snapper; while the deeper waters of the lower reef and atolls are superb for sailfish, wahoo, tuna, bonito, mahi-mahi and marlin. 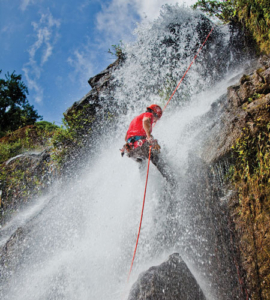 Soar above the jungle canopy on the longest, fastest and tallest zip lines in Belize at Mayflower Bocawina National Park. Hike to the top of Antelope Falls or Bocawina Falls for a swim in the refreshing pools, or rappel 300-500 feet down to the base.

Visit the Cockscomb Basin Wildlife Sanctuary & Jaguar Preserve, home to plentiful wildlife including all five species of wildcats – jaguar, puma, ocelot, margay and jaguarondi. More than 160 square miles of rugged rainforest are marked by extensive trail systems that lead to hidden waterfalls along a tropical river where more than 290 species of birds have been recorded. Journey to Monkey River and wind through the protected waters to see the red mangrove forest with its manatee habitats and numerous iguanas, crocodiles, turtles, exotic birds and, as the name suggests, howler monkeys. 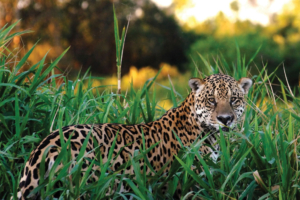 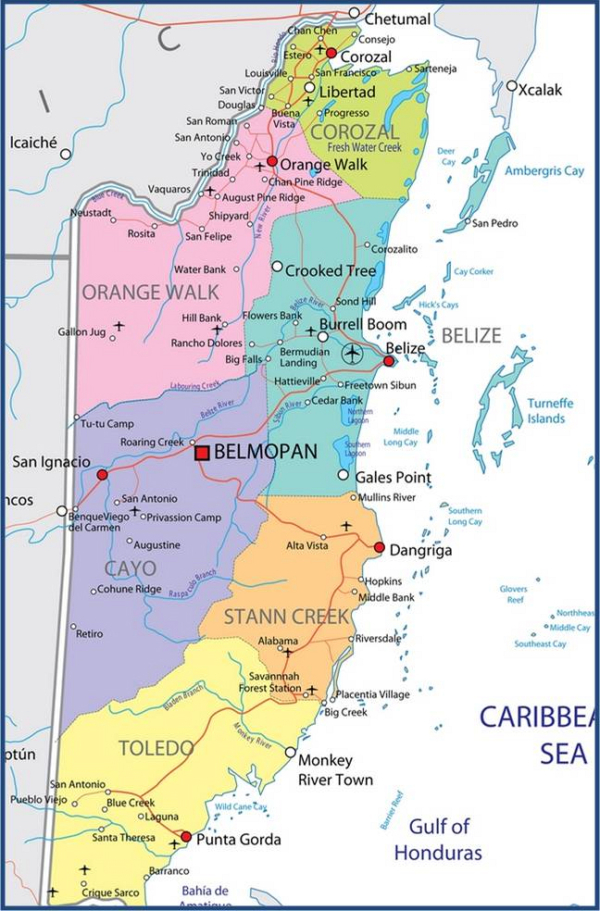 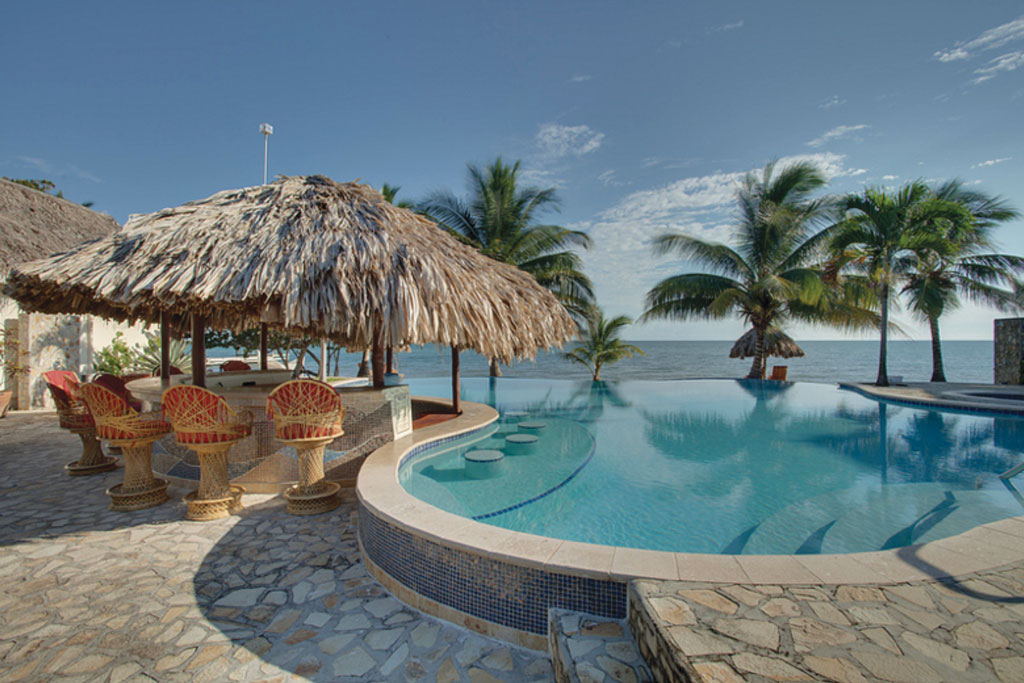 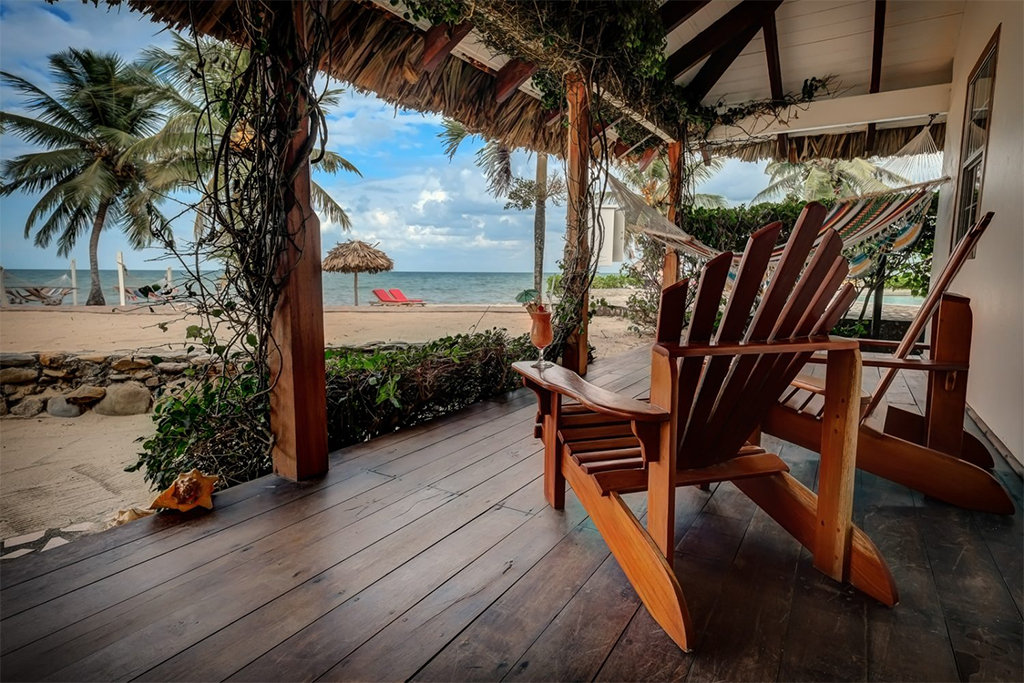 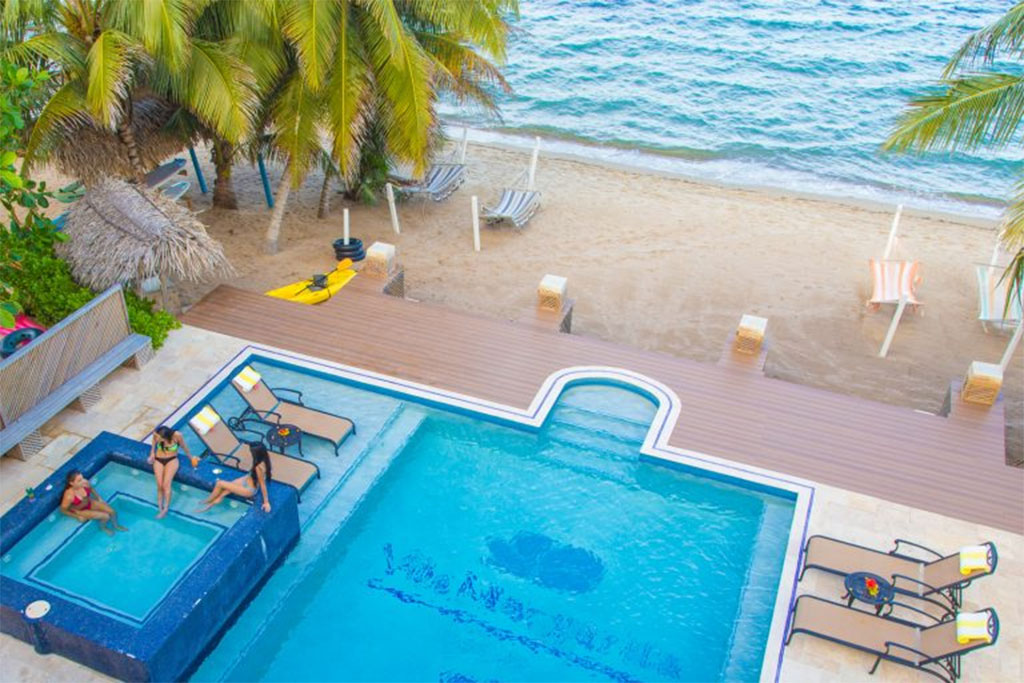 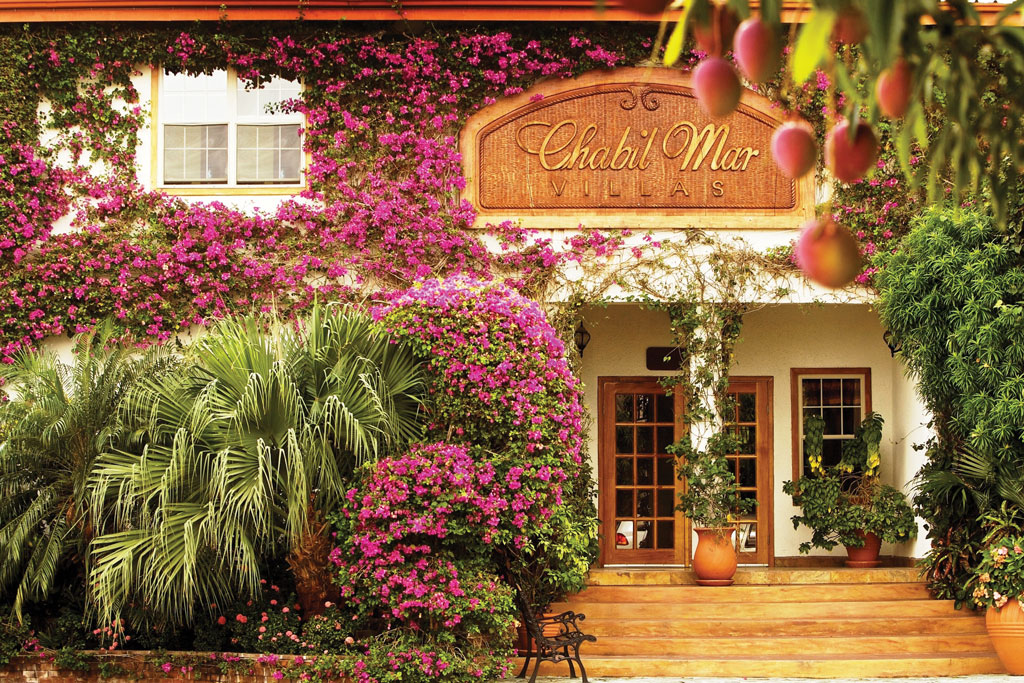 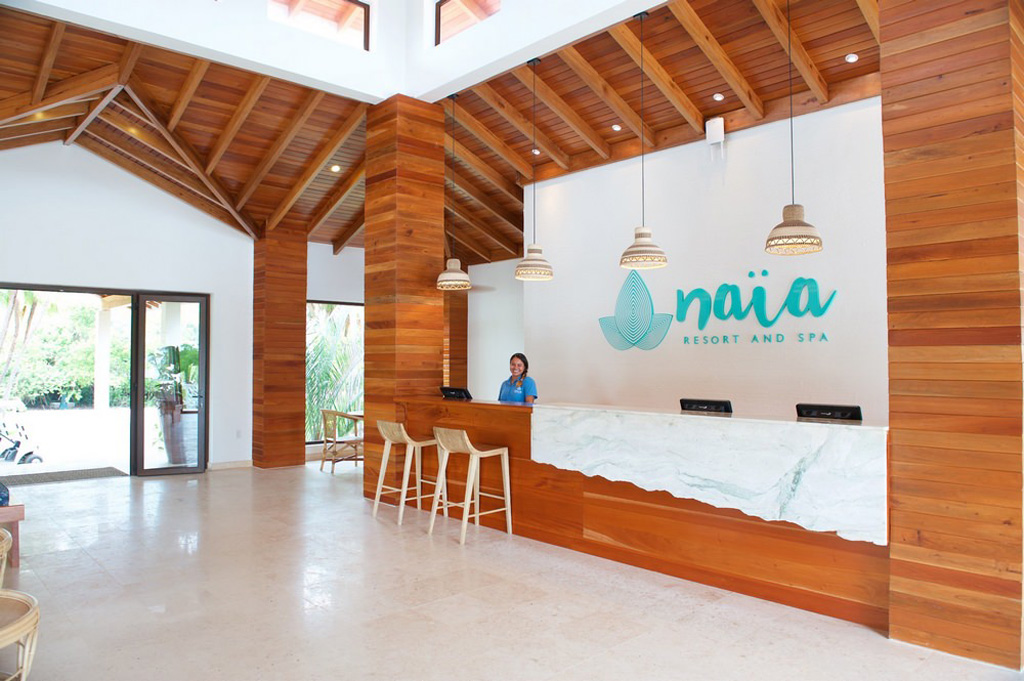 Where to Dine in Placencia

Ready to plan your next adventure?

Our concierge travel planners can help you put together the perfect package! 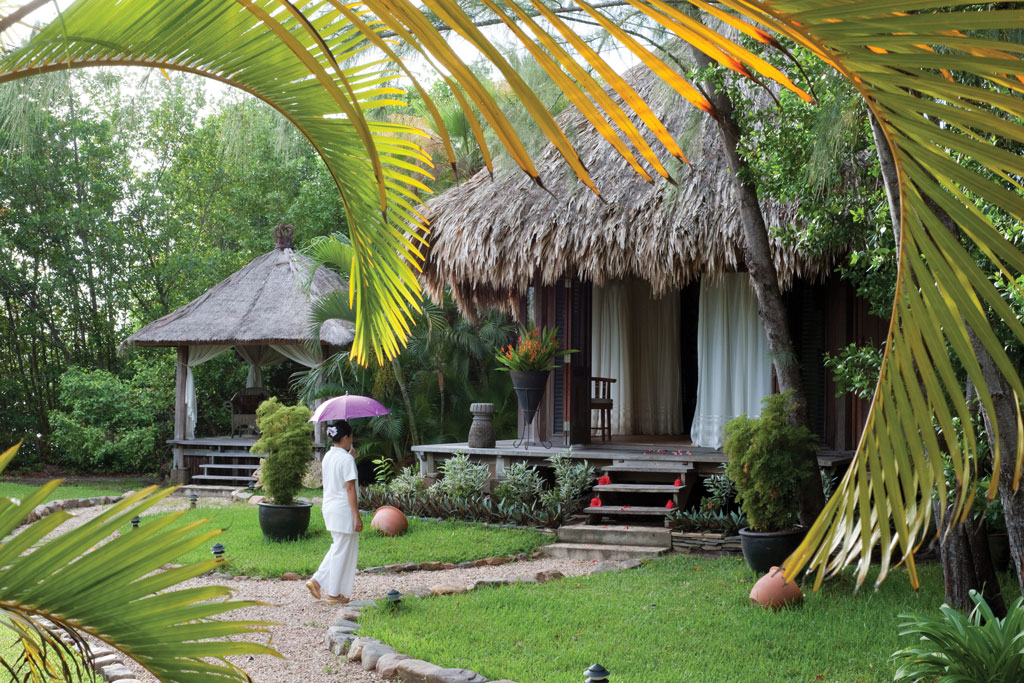 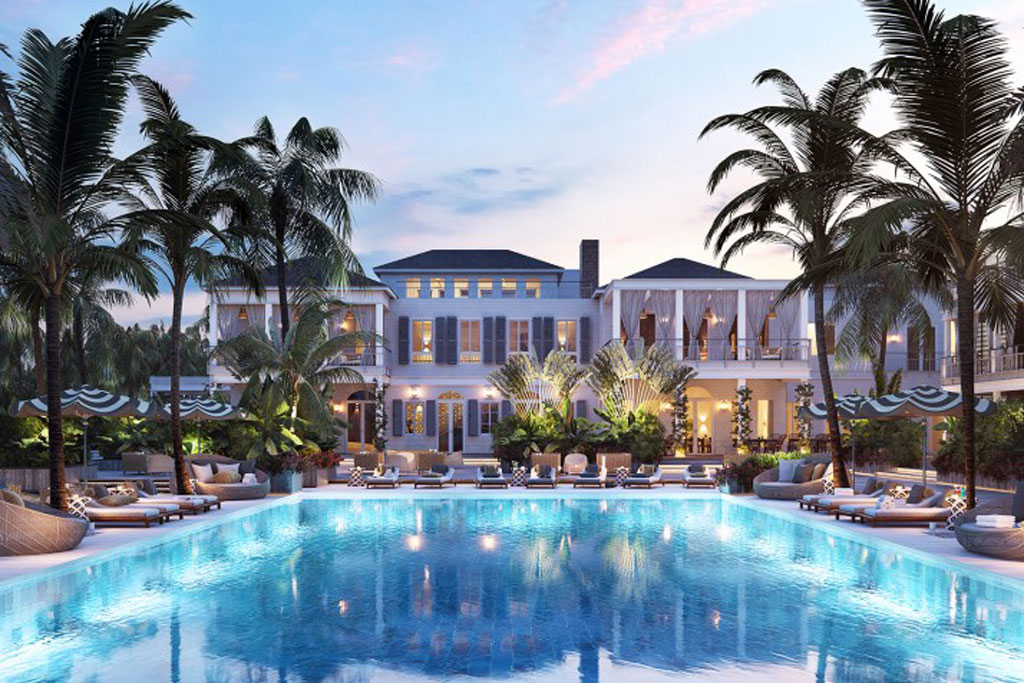 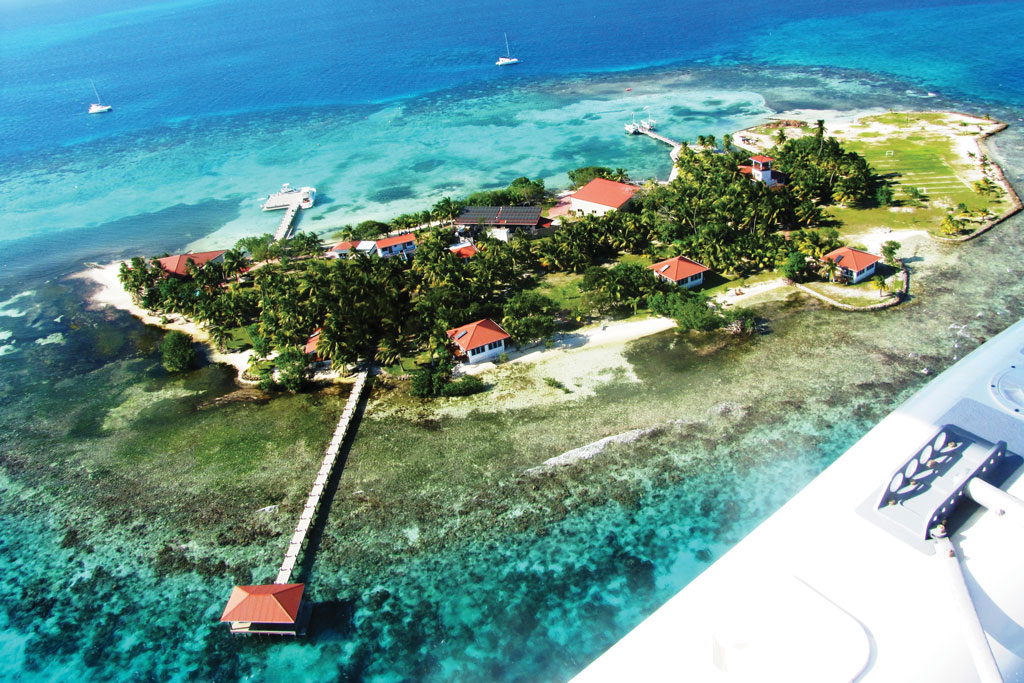